Coventry City proved they have one of the best defence in the League Two. 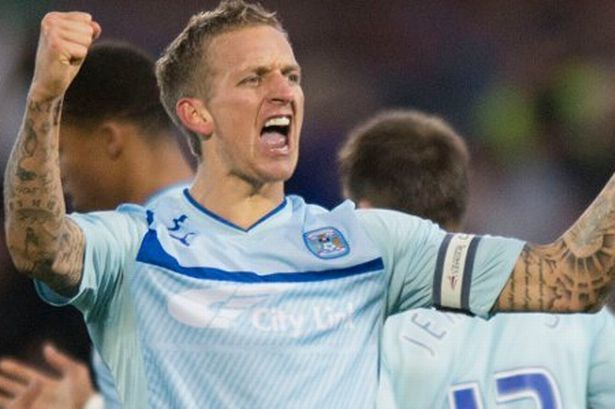 The Sky Blues have maintained their brilliant start to the new season, keeping four clean sheets and conceding just goals in the league. After six games, they have scored five goals with the most recent being against struggling Port Vale.

Jodi Jones netted the sole goal against Port Vale as the promotion hopefuls continue their fine form. The issued Vale their fifth successive loss in the league, leaving them at the bottom of the table. Manager Michael Brown is already feeling the heat as the side continue to record poor results.

The in-form Jones scored from the edge of the box in the 24th minute. They could have extended the tally way more but they blew several chances. After the break, they kept on losing their opportunities.

Vale tried to use Tom Pope and Tyrone Barnett to equalize but the centre backs Jordan Willis and Rod McDonald kept their efforts at bay. Lee Burge was very good at stopping aerial balls following the dismissal of McDonald in the 81st minute. The defender’s attack on David Worrall was not excused but keeper Lee Burge kept their advantage solid.

The team are hoping to get their appeal passed as replays show Worrall bough the foul and over exaggerated the impact.

The hard fought game was pretty balance in possession, shots, shots on target and fouls committed. They place 8th on the log with ten points. Barnet sit ahead of them in 7th due to +1 goals difference. Crewe Alex, Stevenage and Wycombe are one point ahead, meaning Coventry remain just three points from the third place side Notts County.